By Jeroen GloudemansOct. 25, 2022No Comments

Here you can see the VERBA KZB Family feeder in action in Portugal. We received the film from our customer who had installed a test feeder at his client's facility and has now placed an order because they like the KZB family feeder so much.

The mother eats from the feeder and gives her piglet the opportunity to eat along quietly from the lowered trough. Because the sow has 24/7 time to take fresh food from the family feeder, unlike in sow troughs, the sow's behavior is very calm and the mother is very relaxed towards her environment and towards her piglets. After all, she doesn't have to worry about running out of feed, they quickly figure that out. As a result, the sow's feed intake is also higher than in sow piglets, so she comes out of the farrowing pen very fit. Because they have to "work" themselves to get feed, the sow also stays in motion and has distractions that also benefit her fitness.

The piglets also benefit from this behavior and, in addition, sometimes take in water as early as 3 days after birth and after 5 days they are already snacking on sow feed. This is not necessarily nutritious for the piglets, but through the playful intake of solid feed, the intestines get used to solid feed very quickly at an early stage, preventing growth check later in life, and the piglets reach their weight earlier and are also very robust and uniform. Ultimately, the feed conversion of weaned piglets that have eaten from the KZB is even lower than with standard troughs and feeders.

Save heavily on your feed costs

Additional advantages are that the percentage of deadlays decreases due to the sow's rest in the farrowing pen and that one can often provide the straggling piglets with 1 type of, often cheaper, piglet feed instead of multiple types or enriched feeds. 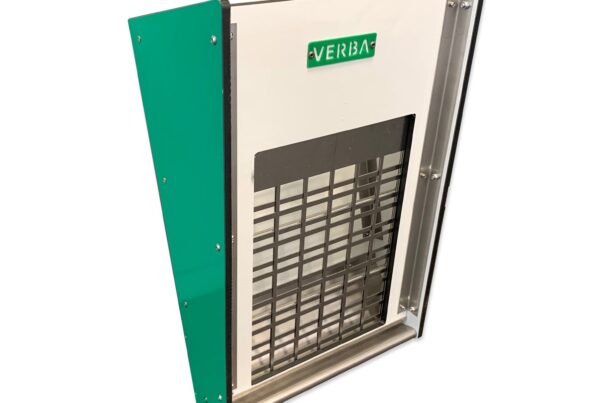 Porculum on field trip at VERBA