According to Verba, the feed trough occupies a central position as the pig divides its functional areas. Verba has amassed this knowledge by keeping production, service and maintenance in-house.

Bert Verbakel has been surrounded by troughs his entire life. Besides setting up his own pig farm in Sint Oedenrode, Bert started making steel and eternit mangers under the brand name Verba in 1971. In the meantime, the pig farm with 1,500 fatteners has stopped, but Verba's products can be found all over the world. "Basically, we operate in every country that has pigs," he says.

From steel to plastic

"In 1978, we started producing plastic mash tubs for reasons of sustainability. With that, we were the first on the market. But the market was actually not ready for it yet.

At that time, the most popular liquid feeders were still made of eternit, which was a cheaper raw material," Bert Verbakel recalls. "When the manure legislation was drawn up in the early eighties, our plastic liquid feeders became more popular. Not so much because of the material, but because of the reduced spillage. With liquid containers, manure production per pig went down from 2 m3 to 1 m3 per year. In those days we grew considerably and started to focus on exports as well."

Today, nothing has actually changed when it comes to feeders. "The sale of feed troughs is still a price issue, especially with the European. First, the entire barn is built and furnished and the feed hoppers come last. That doesn't actually do justice to

the usefulness of the feeders," it sounds adamant.

Bert argues that the role of the feeder is underestimated. "The feeding troughs take a central role in the division of function areas by pigs. The feeding area is fixed. At open days I see layouts pass by where I can tell in advance that it will not be a success. For example, the feed trough is not matched to the size of the pen or the solid floor is too far from the feed trough. It's all connected," says Verbakel.

According to Bert, the pen size, floor design and type of pig determine the type of feeder that should be placed. "But that advice is generally not asked of us or our dealers, while we have that knowledge. Mind you, even then a feed trough doesn't have to become more expensive because we have different price ranges within the different versions. You just make it a lot easier for yourself as a farmer by having the right feeder placed properly in advance. Then you just have a lot less problems with manure behavior."

Verbakel has deliberately delegated sales to dealers, which are mainly barn fitters. "Feed hoppers are hardly sold through the trade because it is not the top priority of the farmers. They prefer to buy the whole set-up from one dealer, so it makes sense for us to sell the troughs through those channels," Bert explains.

Do not outsource production

Verba's production location has been in the same place in Sint-Oedenrode since 1978, which is remarkable for a company that operates in a sector in which competition is mainly based on cost price. Bert Verbakel, however, is adamant about outsourcing production abroad. "Cheap production

you realize through high efficiency and not through cheaper labor. By automating the production process, you can also compete on cost."

But also in terms of service, producing abroad is not an option, according to Verbakel. "In our industry, producing in stock is not an option, so the customer has to deal with delivery times. They often don't want to wait for that. And transport to Europe is not cheap either, so we choose to keep production in our area."

Not single the production, but also the research preferably keeps Verba in the region. For years, the company has maintained warm contacts with VIC Sterksel. Among other things, the piglet nests in the Pro Dromi principle are manufactured by Verba. "We like to contribute our bit to the developments in pig farming and vice versa VIC Sterksel also helps us to get name recognition abroad," Bert explains the interaction. "At first glance, feeding troughs are not immediately a component where

There is a lot of innovation involved. It's mainly hardware where there is indeed not much innovation left," Bert admits.

Nevertheless, according to the general manager, there is still a lot of pen for development around the pig's feeding station. "Think about techniques with RFID, where you leave litters intact, but can still feed individually," says Bert enthusiastically. "The sow's legs are getting bigger, so the fattening pigs' sections will get smaller again. I am convinced that we will go back to piglet pens of 12 to 15 pigs, so that tops can stay together. A feeding system that can then individually feed both boars/barns and gilts from the same tome will be necessary."

However, experience has shown Verbakel that innovations are about five years ahead of the market. "That's a recurring fact with every innovation. Five years after the introduction, the market is single ready for it. That's where we are right now."

Another notable trend that Verbakel has noticed is the return of the so-called under crawl system. In the early 1980s, Verbakel was already marketing undercovers that, possibly in combination with underfloor heating, created a microclimate for the piglets. "In the 70s and 80s, the undercoops and piglet pens were selling in the tens of thousands per month. That is, until the slanted sow set-up became popular. There's no cabin or undercoop to go with that, so then the sales went down. But with the current increase in the number of piglets born alive, you can still see the interest in undercoops growing considerably. Those piglets need their own climate."

Verba is the brand name of products produced by Verbakel. The company is located in Sint-Oedenrode (Noord-Brabant) since 1978. Verbakel is single active in the pig-breeding industry and mainly sells feed troughs for the meat pig industry. The company is run by Bert Verbakel (68).

By far the most turnover Verba generates is by designing, producing and delivering feeding troughs. Verba's assortment now consists of more than 100 different kinds of troughs. Also well known are the undercuts and the plastic piglet nests, which include the ProDromi principle. The Netherlands is an important sales area, but 85 percent of the turnover is realized abroad. In principle Verbakel is active in every country that keeps pigs, right up to the Far East, Oceania and South Africa. Within Europe all products are distributed via dealers. Outside Europe, Verba has its own sales offices. The company has 26 permanent employees. 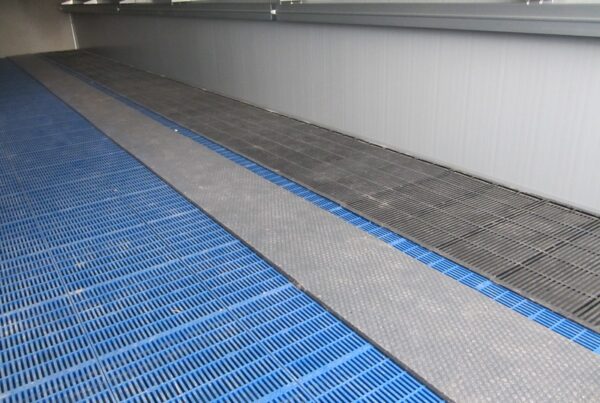